Your Texts and Emails are a Ticking Time Bomb, According to This Green Beret 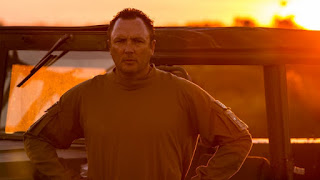 Former Green Beret Sergeant Major (retired) Karl Erickson has over 25 years of military experience -- he's been in firefights, has led combined joint task force missions, and been trusted with the protection of important officials and top-secret information. In his decades of service, he has faced all kinds of weapons and seen how they can be employed to cause as much chaos as possible.
And, he says, that one of the most powerful weapons in the world that could be used against you is that last text you sent.

The big secret is that there are no secrets.

"You can buy all kinds of encryption and anti-virus software, but that does not make your communications secure at all. Understand this: the U.S. military has the best encryption in the world, and the U.S. military accepts as fact that China is reading every top-secret email we send. I’ll say that again: Everything sent via email by the U.S. government is assumed to be read by China.
"Being a civilian, you need to have that same mindset. You have to assume that everything you send will one day be read by someone you don’t want to read it. Not because of spy agencies, but because when someone comes after you, they’re going to come with their lawyers and they’re going to subpoena your emails and texts. So if you have big plans to be a big player, know that one day your emails will likely be judged in the court of law – and in the court of public opinion. And that can make or break the reputation of your company, even if the allegations aren’t true."


Secure communication, according to Erickson, should be at the top of mind for any entrepreneur. Here is his advice for what you can do now to protect yourself later.
Link back to original article on Entrepreneur

Popular posts from this blog

Quick Start how to receive files with GoFileDrop 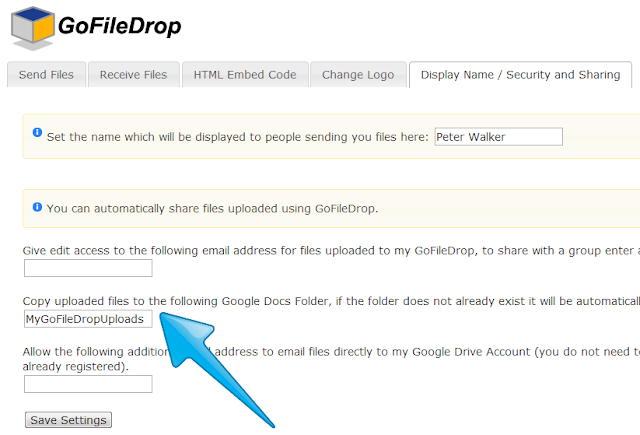 When logged into gmail with the account you want to use go to:
If using GoFileDrop for Google Apps (installed from the Google Marketplace) go to this link


Open the tab called "Display name security and sharing"Enter the name of the folder where you want files to go in the field called "Copy uploaded files to the following Google Docs Folder, if the folder does not already exist it will be automatically created when file(s) are uploaded." (see screen shot below)Click save settingsNow click the "Receive Files" tabClick the button called "Email me a link to my GoFileDrop page" Forward this email to the people you would like to upload files to your folder in drive.

We are pleased to announce that you can now capture custom data from users uploading files to you using GoFileDrop!Simply login to GoFileDrop and access your settings page.

From here click the "Capture custom fields" tab - this page gives you the code to use to embed your custom form on your website - before doing this you need to build your form. Simply click the link as shown below to launch the form builder.

When you have launched the form builder you can quickly create a form to capture the information you require from the user uploading the files - see screen shot below.

Don't forget to click Publish this form when you are finished building your custom form - you will then be taken to a page to view your live custom form.

By GoFileDrop - February 28, 2018
Please note on 28th February 2018 we have updated GoFileDrop to use Google Cloud Storage when sending files.

This update will enable an even more reliable service going forward.

If you have any pending sent files please re-send them as files sent previous to 28th February will no longer be accessible.

The update only effects sent files not files received.

If you have any pending sent files we recommend deleting the existing files using the delete icon (on the right of the sent files view) and sending the files again.

Thank you,
The GoFileDrop team